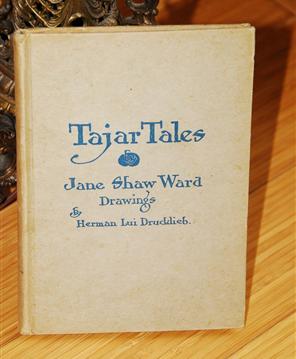 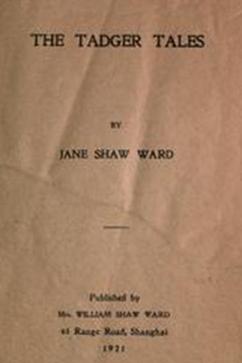 The Author of Tajar Tales

Jane Shaw Ward was a member of the faculty of the School of Social Work at the University of California, Los Angeles (UCLA). She spent twenty years working with the YWCA in China. She studied social work in Paris, France and Pittsburg, Pennsylvania.

Ms. Ward began telling the Tajar Tales orally in a children's camp in the Colorado Rocky Mountains. The tales were so popular, they were finally written down and published in the 1920s. The Tadger Tales was first published in 1921 without illustrations in Shanghai, China, by Mrs. William Shaw Ward. A copy of the very first printing can be found in the UCLA reference library. A later hardbound version of Tajar Tales, illustrated by Herman Lui Drucklieb, was published in 1925. Tajar's Classic Works republished the Tajar Tales in 1993, adding watercolor by Jill Kerry to the original drawings by Herman Lui Drucklieb, and music and songs written by Dr. Stephen A. Gothold.